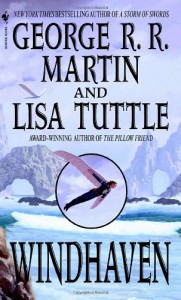 I was a little disappointed by this book toward the middle, but it came together as it went along and I was pretty satisfied by the end.

It's set on a world called Windhaven that is largely ocean, with widely-scattered islands. Long ago settled by star-farers from Earth, its remote pockets of population are kept in contact by a caste of flyers, who soar the air currents on wings made out of the indestructible fabric from the original ship's solar wind sail, flying between the islands to share news and vital messages. Their irreplaceable wings have been handed down through the generations from parent to eldest child, or in cases where a flyer dies without issue they may be passed on to another flyer by the Landsman who rules a given island. On some islands, the flyers are members of a priestly caste, and on others the flyers are the ruling elite, but everywhere flyers are treated as aristocrats, supported by the Land-bound (non-Flyers) in return for their valuable skills.

Maris was born to a Land-bound family, but dreamed of flying from the time she was a tiny child. On the death of her parents, she is adopted by Russ, a childless Flyer, and as her skills blossom she believes she will always have the right to live in her beloved skies. But the late birth of a child of Russ's own means her foster-brother Coll will be the one to claim his father's wings when he comes of age - whether or not that is his choice. As Coll's 13th birthday approaches, Maris embarks on a radical scheme to change the way her world operates: to allow anyone to train and compete for the right to become a Flyer, regardless of their birth. She has no way of anticipating, though, the ramifications of such a change, as the Flyer community resists the undermining of their historical entitlements - and how those consequences will ripple throughout Windhaven's society for years to come. 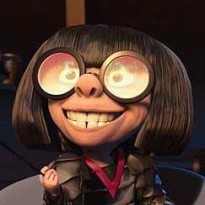